Why Ancient Chimneys are So Difficult to Restore

Chimneys have been around since the 12th century—and some of them still stand, to this day. You will find really old buildings right here in Connecticut—although we don’t think any of them date back to the Middle Ages.

Some examples of old Connecticut buildings that have chimneys sticking out of them are the Joshua Hempsted House, the Deacon John Graves House, and the Thomas Wheeler House.

Ask any professional chimney repair and restoration serviceman and they’d tell you the same thing: it isn’t easy restoring the chimneys in any of the aforementioned buildings—and for good reason.

One of the things about old chimneys, even the sturdier ones, is that they were built in a different time—a time that had fewer safety regulations and mechanisms in place. Sure, back in the day they supposed that their practices were perfectly alright, but then again, so did the industrialists who sealed canned food with lead—that led to demise of the entire Franklin Expedition.

For instance, pre-1950 chimneys were mostly brick chimneys. Some were masonry chimneys. Here’s a fun fact here: the bricks that they were making back then were far more durable than the bricks we build today. It was the mortar that wasn’t, though. Since mortar is the glue holding these bricks together, its eventual erosion means your chimney will come tumbling down.

Chimney restoration professionals embark on the painstakingly attention-demanding process of removing old mortar, and fills in new mortar in its place. The result is an ancient chimney that still looks ancient—but is far sturdier. It will also look amazing once the tuckpointing is done. Sometimes, the chimney restoration expert will also add some layers to your old chimney for greater strength.

If your old chimney is a block chimney, that will have to be covered with bricks. Not doing so leaves them vulnerable to developing cracks and leaks, and they can even become bent over time. Block chimneys are also a fire hazard—which is why this particular brand of chimneys has to be re-built.

You might be surprised to find out that older chimneys are not lined on the inside. Generally, chimneys without lining should never be used, because they’re dangerous. This lining is essential, as it keeps the smoke and other toxic gases from leaking into your living room.

Additionally, unlined chimneys are more prone to accumulating layers of tar and creosote, which, of course, is a fire hazard. There’s also the problem of condensation amassing in unlined chimneys. Condensation is generally bad for the structure of your house, especially when it de-freezes. You’re looking at ruined wallpapers, drywalls, and more. If you have these problems with your old chimney, then you most definitely also have the problem of drafting—which in turn makes the chimney less functional than it ought to be. Your house won’t feel warm even with the biggest fires, and the drafting is why.

If you have bought an old home that has a chimney in it, there’s a good chance that it isn’t lined—and that you’ll have to get it lined. Not only is this important for the longevity of the chimney and your safety, but insurance doesn’t generally cover houses that are not up-to-date.

Simply put, pyro means fire, and lysis means break down. Over time, when wood is exposed to excessive heat, it tends to decompose—or break down. Today, we keep chimneys are fires generally away from flammable and combustible materials. It wasn’t so in the olden days—and you would have wooden structures right next to the fireplace. Sometimes, chimneys and fireplaces were built right on top of wooden structures—which makes them terribly unsteady. 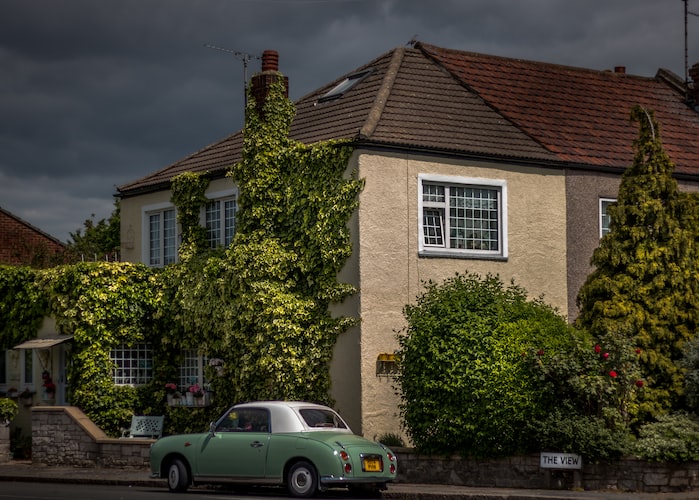 One of the problems with people failing to detect pyrolysis is that this process takes many, many years to come about. A house that was “safe” only 5 years ago could be a shaky tightrope this year as a result. If you have bought an old home, definitely get it checked for pyrolysis by a professional.

Sure, there are a hundred problems with hundred-year-old houses, but that doesn’t mean you don’t have solutions. How else do you think humans have maintained buildings hundreds of years old, all intact, some even with chimneys? Old houses have their unbeatable rustic charm and antediluvian allure that few would like to part with—and that’s where chimney restoration services come in. Most reliable and experienced chimney restoration service vendors provide this service as part of their regular fare. In a way, we’re helping preserve history just as much as your regular archaeologist.

Regardless, if you asked us to restore the chimney in the keep of Conisbrough Castle in Yorkshire, built in 1185 AD, we’d say it is quite the challenge—and that Creative Masonry and Chimney is totally up for it!

The writer is a chimney restoration expert for Creative Masonry and Chimney in Connecticut. The company has extensive field experience in chimney repair and restoring chimneys all over Connecticut.