Mercedes-Benz is probably one of the most popular cars in the world. In fact, you’ll have a hard time finding someone who hasn’t heard of Mercedes. It’s super sleek, and when you see someone driving it, you’ll probably turn around to catch a better glimpse.

Mercedes Benz is a symbol of comfort and luxury. It has all the components of a safe ride. Little wonder then that it’s so well-known in the world. The manufacturers’ have been running the operations smoothly ever since the start of the 20th century.

However, while people are definitely acquainted with Mercedes-Benz, there are a lot of cool facts about the car that people don’t really know. In this blog, we’ll outline some of them.

Plan to be surprised! Let’s begin.

It was Named After a Woman

Mercedes is named after Maria de las Mercedes. It’s also a Spanish title for the Virgin Mary. Maria Mercedes was the daughter of Emil Jellinek, an Australian diplomat, also known for being a racing enthusiast.

Emil Jellinek chose this name out of love for his daughter. Later on, the company’s board of directors made him a member and continued to use this name. Jellinek liked the name so much he later added Mercedes to his surname. 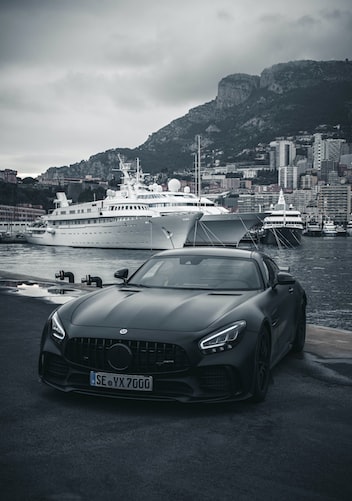 She was the one who put forward the finances to fund this entire project. She used her dowry to do so and was Benz’s business partner even before they got married. She also had a good eye for marketing, which is why she made the infamous trip from Mannheim to Pforzheim in the Ben Patent-Motorwagen along with her sons without involving her husband. She handled all of the issues that arose on the trip, demonstrating her technical knowledge and skills.

Mercedes-Benz is Welded in Thousands of Different Places

The manufacturers of Mercedes Benz have no tolerance for rattle or high-pitched sounds that can bother the driver. So, to prevent this from happening, the manufacturers go the extra mile and have the car welded in a thousand different places. Some estimates put the number at 10,000. So, no matter how old the car gets, when you’re driving a Mercedes-Benz, you won’t hear even a faint rattle! These days, you’ll find brakes that don’t lock up even when operating under full pressure in every car. It’s not possible to drive a car without one. These breaks have saved millions of lives by allowing the drivers to steer the car away from collision and towards a safer place while braking hard.

The credit for this goes to Mercedes-Benz. It refined this technology and then added it to the S-Class during the 1970s. Shortly after that, the anti-lock brakes became standard, and all Mercedes-Benz cars had them.

Mercedes-Benz introduced the Pre-Safe system in the early 2000s. That was when the collision avoidance systems were somewhat of a luxury, and only a handful of cars could possess them.

The Pre-Safe system made the driving experience a whole lot better. It warned the driver of an oncoming collision. It prepared the passengers in the car for lesser impact by adjusting the seats into a better position and ensuring their seat belts were fastened properly. This is a great example of a brand looking out for its consumer’s safety long before other cars started to catch on.

One Man, One Engine

Mercedes-Benz adopts a much higher standard when it comes to manufacturing its cars. It assigns only one engine to each engineer. This means each car is manufactured under the supervision of just one person. And the vehicle has to pass several tests before it is launched in the market.

The company wants to make everything perfect, and as a result, they hire one inspector to evaluate the work of 11 employees. The supervisor then highlights their mistakes and has them rectified.

If you’re looking to rent a luxury car in LA, LA Exotic Rentals can help you with that. They have plenty of options you can choose from. Rolls Royce, Range Rover, Bentley, Chevrolet corvette, and Mercedes-Benz are just some of the premium rental cars they have to offer