8 Things You Didn’t Know About Lamborghini

For decades now, Lamborghini has single-handedly awed car enthusiasts worldwide. The company was established in 1963 by Ferruccio Lamborghini, a wealthy Italian entrepreneur who grew considerably wealthier after introducing the world to Lamborghinis.

They quickly became some of the most sought-after luxury cars in the world. In many ways, the company managed to revolutionize the industry with its unbelievably innovative designs attracting people from elite circles, including celebrities.

But despite being so popular and talked about, there are many things under the hood that even the most loyal Lamborghini fans may not know. Here are some amazing facts about Lamborghinis:

1.      They’ve Always Been A Favorite Among Celebrities

Lamborghinis are loved by celebrities today, with some of the top-tier ones opting for them, including Nicki Minaj, Justin Bieber, Kanye West and Jay Leno. But they were just as loved by famous people back when they were first launched.

As an avid Lamborghini fan, Frank Sinatra famously said, “You buy a Ferrari when you want to be somebody; you buy a Lamborghini when you are somebody!”

This may be incomprehensible for some car enthusiasts, but even though Lamborghinis have always been known not just for their fiery exteriors but also their power-packed engines, there wasn’t one in the first-ever car that was revealed.

Back in 1966, the first Lamborghini 350 GTV was displayed at the Geneva Motor Show, but the engine was not highlighted as part of the design. While it would be interesting to believe that the first Lamborghini magically operated without an engine, the truth is that at the time, its engine was simply not completed. Therefore, there wasn’t one to display.

3.      Lamborghinis And Bulls: The Unbelievable Connection 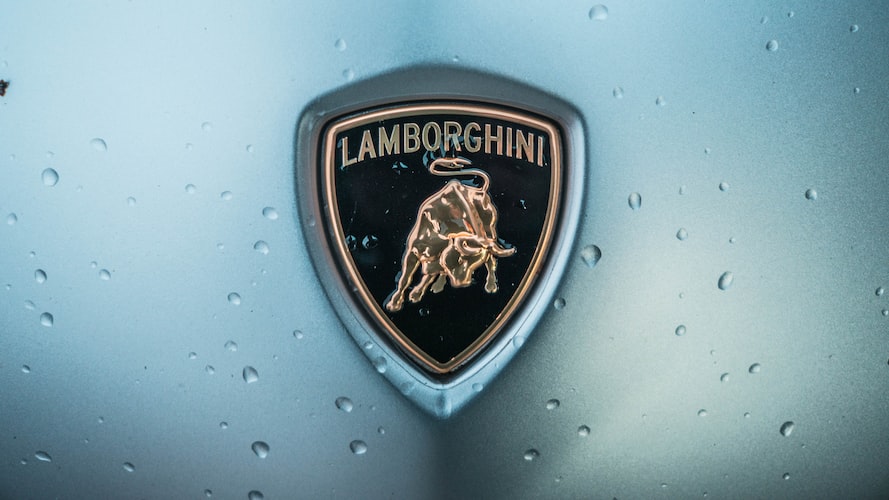 Lamborghini’s iconic logo featuring a raging bull is recognizable anywhere, and it’s commonly associated with the founder’s star being Taurus. But that’s only one explanation.  Very few people know about Ferruccio’s undying love for bulls and bullfighting, which is perhaps what truly made it part of Lamborghini’s identity and concept from the beginning.

From Miura to Islero, Jalpa, Diablo, Urraca, and several others, they were all named after either a bull or bull breeds or, in the case of Jarama, after a famous bullfighting region in Spain.

Lamborghini sure knows how to keep its demand up. Launched for its 50th anniversary, the Lamborghini Veneno is one of the world’s most expensive and rarest cars. In the beginning, only four were produced, out of which only 3 made it to private ownership, while one was meant for a museum.

The rest were roadsters and coupes launched in 2014 with a price tag of 4.5 million dollars each. The company’s 5th Anniversary motto was “100 Years of Innovation in Half the Time,” and Veneno, with its bold, futuristic, and gorgeous appeal, was the perfect representation of that.

Have you ever looked at an Aventador and thought it looked familiar? Of course, it does! It’s exactly like the bug you saw on your window sill last week.

Designed by Lamborghini’s chief designer Filippo Perini, the lines and angles on the Aventador are heavily inspired by the F-22 Raptor and B-2 Bomber. But stink bugs and beetles also played an inspirational role; specifically a green, shiny, jagged-leg beetle!

6.      Lamborghini and Ferrari Have Been at Loggerheads Longer Than You Think

In fact, one was built in retaliation to the other’s faults. It’s a widely known fact that Lamborghini was originally building tractors. So Ferruccio Lamborghini used to drive a Ferrari at some point in time and found a problem with its clutch.

Now in today’s world, we’d call the sales rep at the showroom or leave a bad review on their website, but Lamborghini did what was natural back then, he went and complained to Enzo Ferrari himself.

In what can be considered the beginning of this long-lasting spat, Enzo told Ferruccio, the problem lay not with the car but with the driver and that he should focus on his tractors. Lamborghini took that as an insult and a challenge and started building cars as well, with v12 engines.

7.      Lamborghinis Are More Than Just For Play

Lamborghini’s speed has always been utilized for more than just the thrill. In Dubai, it’s used by the police, which also serves as a marketing tactic. But in Italy, Lamborghini has especially donated multiple customized Gallardos to the state for transporting organs.

These cars are equipped with useful features, including an automatic plate recognition system, a camera that logs GPS info and is connected to central control rooms to send back real-time feed, and most importantly, a refrigerated box for the organs.

That is unbelievable yet true. Despite being one of the most successful and famous car brands today—Lamborghini didn’t always see success. The initial few years were incredibly successful for Ferruccio and his company, but he eventually went under and sold the company to Swizz owners in the 1970s. This was around the time of the oil crisis.

The following decades were marked by bankruptcy and several transfers in ownership. The company went to the Chrysler group, then to a Malaysian investment group, and finally ended up with their current owners, the Volkswagen group, in 1998.

Rent A Lamborghini And Live the Dream!

Lamborghinis are incredible cars with a rich and exciting history that naturally inclines you toward them. If you’re itching to get behind the wheel of a Lamborghini, why wait?